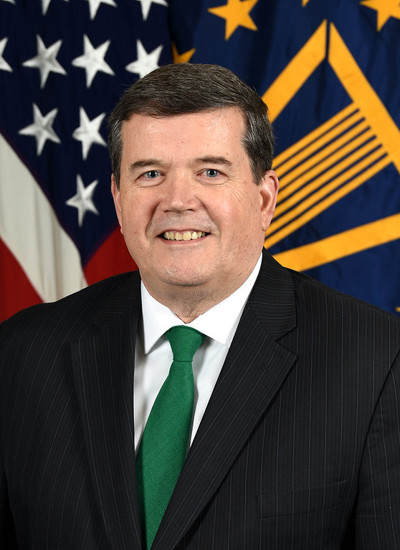 Dr. O’Toole was appointed as the Principal Deputy Director, Operational Test and Evaluation on February 16 2020. In this capacity he is the principal staff assistant for all functional areas assigned to the office. He participates in the formulation, development, advocacy, and oversight of policies of the Secretary of Defense and in the development and implementation of test and test resource programs. He supports the Director in the planning, conduct, evaluation and reporting of operational and live fire testing. He serves as the Appropriation Director and Comptroller for the Operational Test and Evaluation, Defense Appropriation and the principal advisor to the Director on all Planning, Programming, and Budgeting System matters.

Dr. O’Toole is the former Deputy Director for Naval Warfare within DOT&E. He oversaw the operational and live-fire testing of ships and submarines and their associated sensors; combat and communications systems, and weapons. He was also responsible for overseeing the adequacy of the test infrastructure and resources to support operational and live-fire testing for all acquisition programs across the Defense Department.

Dr. O'Toole was previously an employee of the Naval Sea Systems Command as the Deputy Group Director of Aircraft Carrier Design and Systems Engineering. Prior to that, he was the Director of Systems Engineering Division (Submarines and Undersea Systems) where he led a diverse team of engineers who supported all Submarine Program Managers. His other assignments include being a Ship Design Manager/Navy's Technical Authority for the USS VIRGINIA Class submarines during design and new construction and for Amphibious Ships, Auxiliary Ships, and Command & Control Ships during inservice operations.

Dr. O'Toole has also held other positions within the Department of Defense such as Deputy Program Executive Officer (Maritime and Rotary Wing) at the United States Special Operations Acquisition Command, Staff to the Deputy Assistant Secretary of the Navy for Research, Development & Acquisition (Ship Programs), and Deputy Director of Regional Maintenance for COMPACFLT (N43). In addition, Dr. O'Toole has over 30 years of
experience as a Naval Officer (Active and Reserve) retiring at the rank of CAPTAIN. His significant tours include 5 Commanding Officer tours.