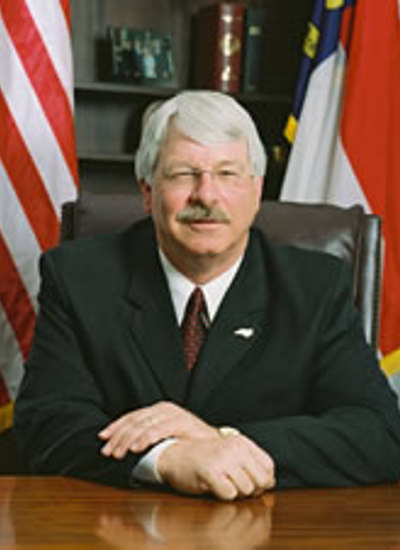 N.C. Agriculture Commissioner Steve Troxler was raised in the Guilford County community of Browns Summit and has spent his entire career in agriculture as founder, owner and operator of Troxler Farms. Over the years, the family-owned farm has produced tobacco, wheat, vegetables and soybeans.

He also serves on the boards of the N.C. Foundation for Soil and Water Conservation, the Rural Economic Development Center and the N.C. Biotechnology Center. He is a member of numerous organizations, including the N.C. Tobacco Research Commission and the Southern United States Trade Association.

Troxler is a 1974 graduate of N.C. State University with a Bachelor of Science degree in conservation and a concentration in environmental studies. He and his wife, Sharon, have two grown sons, two daughters-in-law and five grandchildren. In his spare time, Troxler enjoys restoring antique farm equipment and playing with his dogs, Harley and Dash, both are Cavalier King Charles Spaniels.