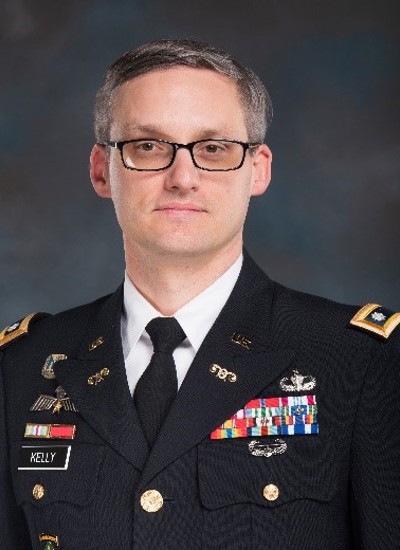 Col. Matthew F. Kelly was born in Butte, Montana. He graduated from Virginia Tech in Blacksburg, Virginia, with a bachelor’s degree in history and was commissioned into the U.S. Army Chemical Corps through the ROTC program. He also holds master’s degrees in environmental management from Webster University, masters of Military Arts and Science with a focus on homeland security from the U.S. Army Command and General Staff College, and a masters of National Security Strategy from the National War College.

Kelly was selected to serve as the commander of the 14th Chemical Reconnaissance Detachment, 3d Special Forces Group and after a second deployment in support of CJSOTF-A, he served as the Battalion Operations Officer (S3) for the 3d Group Support Battalion. He subsequently served as Chemical Officer for 1st Special Forces Group, Fort Lewis, Washington.

He is married with three children.